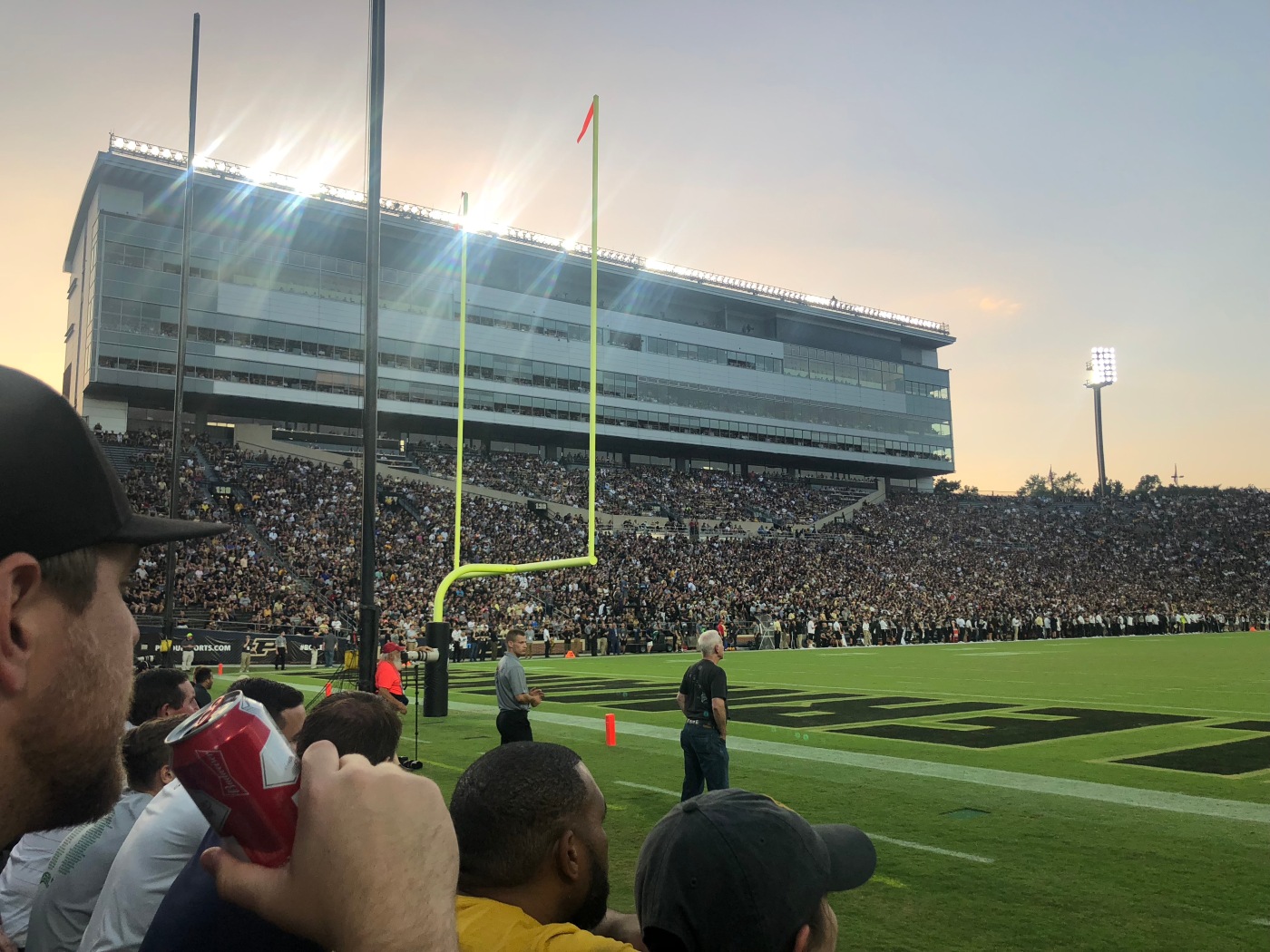 Opening my journey is a game that is going to be very hard to top. Missouri came into Purdue as the favorite but Purdue gave them all they could handle. I did not take a ton of pictures at this one but I do have a few. This was a game time decision to go as we bought tickets at a great price the night before. Purdue was 0-2 but the stadium was still packed.

I was excited to see Missouri’s quarterback Drew Lock and what he could do against a Purdue defense that had not been spectacular. They weren’t spectacular and Lock carved them up. Even more surprising, Purdue’s David Blough set a ton of records with his 572 yard performance through the air. He set the Big Ten record for passing yards in a game, total offense, and numerous Purdue records.

It was an absolutely gorgeous evening for a game. We had seats in the South end zone, which is disconnected from the rest of the stadium completely. Ross-Ade is a horseshoe with a beer garden in the South end zone that sits a couple hundred people. We sat just beside where the Purdue players came on and off the field.

One of the neat things that we saw was the “World’s Largest Drum”. These guys beat the heck out of that thing. This was about 20 feet to our right from where we sat. 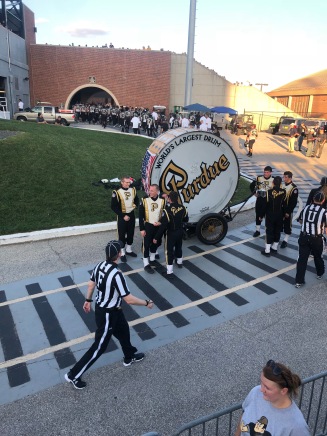 This next picture was the first picture I took during the game from where we were sitting. I had a video of the team coming out onto the field but I was unable to upload it onto here. As you can see it was pretty much completely full save the top of the student section which later filled in.

Purdue generally has a great halftime show and this is what the band members with the drum did at halftime.

One guy hopped on top and they ran the length of the field with him on top. It was a scary sight but really cool since they pulled it off. I know that I wouldn’t want to be up there.

Here are a few more pictures from the game that I thought were really cool looking photos. 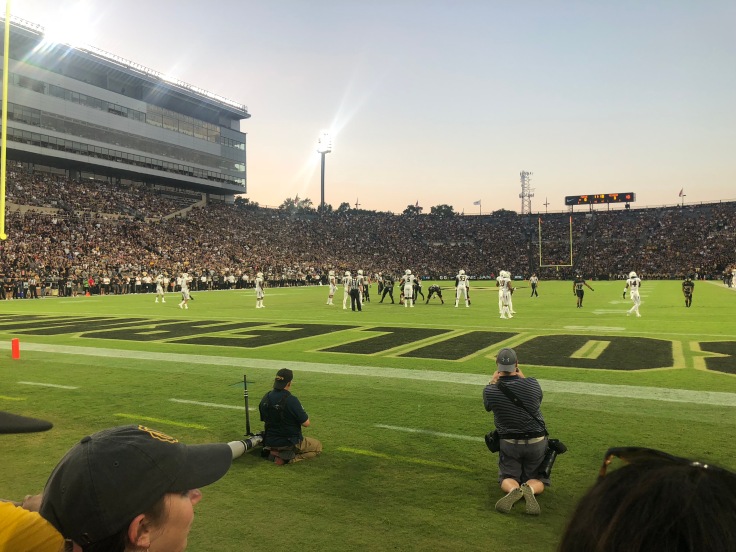 I didn’t end up taking too many pictures because this was earlier this year before I even thought about the journey. From now on I will make sure to take way more pictures along with a solid explanation. I am going to attempt to possibly purchase a premium account so that I am able to post videos. I will have media access at Ross-Ade later this year so I am going to make sure to get some behind-the-scenes views.

Thank you for reading and if you have comments or suggestions, let me know!